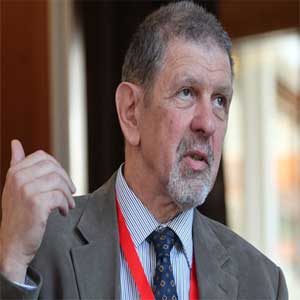 Frano Barbir is Professor and Chair of Thermodynamics at Faculty of Electrical Engineering, Mechanical Engineering and Naval Architecture, University of Split, Croatia.

He has been actively involved in hydrogen and fuel cell technology R&D, engineering and applications since 1989, working in U.S. as a researcher and R&D manager in both industry (Energy Partners, Proton Energy Systems) and universities (University of Miami, University of Connecticut), and in Turkey as the Associate Director of Science and Technology of the UNIDO – International Center for Hydrogen Energy Technologies. His research interests include heat and mass transfer in PEM fuel cells, effects of operational conditions on fuel cell performance and durability, design of fuel cells and fuel cell stacks and systems, fuel cell applications, and hydrogen energy concept and its role in context of energy future. He has authored and/or co-authored more than 200 papers on hydrogen and fuel cells published in scientific and technical journals, books, encyclopedias, and conference proceedings, as well as 7 U.S. patents on various aspects fuel cell stack and system design and operation. His book, PEM Fuel Cells: Theory and Practice, published by Elsevier/Academic Press in 2005 (2nd edition came out in 2013), is being used as a textbook at many universities all over the world. He is the Vice President of the International Association of Hydrogen Energy, and the Chairman of the States Representatives Group at Fuel Cells & Hydrogen Joint Undertaking.