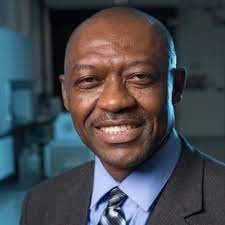 Kenneth Ikechukwu Ozoemena holds a PhD in Chemistry from Rhodes University (2003). He is Research Professor and South African Research Chair Initiative (SARChI) Chair (Tier 1) in Materials Electrochemistry and Energy Technologies (MEET) at the University of the Witwatersrand (Wits). Prior to joining Wits in 2017, he had worked at Rhodes University as Andrew W Mellon Foundation Lecturer in Chemistry (2004 – 2006), University of Pretoria as a Senior Lecturer in Chemistry (2006 – 2009), Council for Scientific and Industrial Research (CSIR) as Chief Research Scientist and Research Group Leader of the Electrochemical Energy Technologies (2009 – 2017). His key research activities are focused on advanced batteries, fuel cells and electrochemical sensors. He is a member of the national Academy of Science of South Africa (MASSAf), Fellow of the African Academy of Science (FAAS), and Fellow of the Royal Society of Chemistry (FRSC), and a Fellow of the Association of Commonwealth Universities at Coventry University, UK (2021). He serves on the Editorial Board of Electrochemistry Communications (Elsevier), Current Opinion in Electrochemistry (Elsevier), and Scientific Reports (Nature Publishing), and Chief Editor of the International Journal of Electrochemistry (Wiley/Hindawi Publishing).

University of Port-Harcourt, Rivers State
B. A. Ed. in English Language